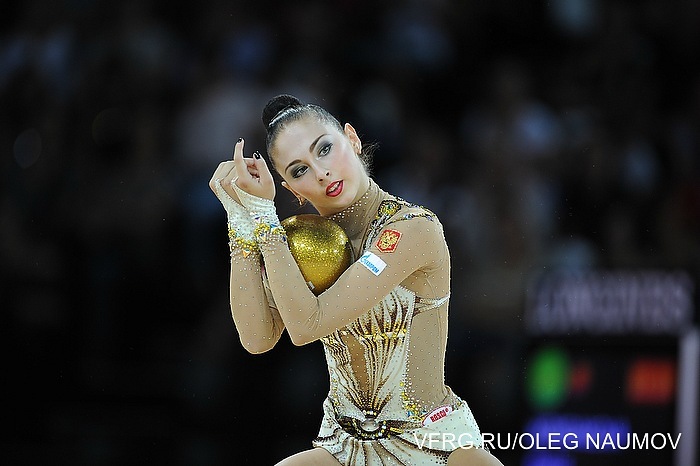 In Dmitrov, near Moscow, to the school of the Olympic reserve, Dasha was brought by the coach of the Dmitrov school Olga Yurievna Chainikova, under whose leadership Dasha began to make her first successes at the international level. Later, the family of Daria Kondakova moved from Sochi to Dmitrov. At that time, the athlete was already among the best juniors in the country. The 2006 season brought the first tangible results – winning the European Junior Championships in team competition and in the ribbon exercise.

Despite her successful performance, due to high competition, Daria was unable to qualify for the national team and decided to move to the group of team exercises – where the chances of participating in the Olympic Games seemed higher. However, Kondakova never got to Beijing, after which she returned to individual gymnastics.

In February 2009, Daria performed in the out-of-competition program at the Russian championship in Dmitrov. Then IA Viner decided that the athlete needed to perform at the Moscow-2009 Grand Prix, where she finished fourth in the all-around after the golden Russian troika (Kanaeva, Kapranova, Sesina). This result allowed Kondakova to compete at the Grand Prix stages, and then at the 2009 World Championships in Ise (Japan), from where she returned with gold and 3 silver medals.

The first trainer of the gymnast Natalya Razgonyuk, who coached Daria in Sochi, in an interview with Izvestia correspondent in 2010 described her former ward as follows:

“Personally, her rapid progress does not surprise me: Dasha has a strong character since childhood. She knows how not to become limp under the blows of fate and to analyze mistakes in order not to make them again ”.

In response to the reporter’s question, where did Kondakova get the nickname “Daria the Artisan”, N. Razgonyuk explained that Daria has been very good at drawing and sculpting from plasticine since childhood, and in the future she wants to become a designer.

At the 2010 World Championships in Moscow, Daria became the world champion in the rope exercise, ahead of the Olympic champion Evgenia Kanaeva. Personal trainer D. Kondakova Anna Shumilova commented on the victory of her ward as follows:

“I am very pleased with the performance of my student. Dasha did what she could in both the rope exercise and the hoop exercise. And what about the rope she won against Zhenya Kanaeva … I, nevertheless, think that today not so much Dasha won as Zhenya lost – she made a mistake, not very obvious for inexperienced spectators, but noticeable for the judges. Nothing much happened. Kanaeva is still the first number in the Russian national team. And Dasha, perhaps, has strengthened her position as the second number. “

The head coach of the national team Irina Viner said:

“Why are you surprised? Yes, Zhenya Kanaeva is number one in our team, but Dasha Kondakova is also a very strong athlete … She performed great today! And in general, she is not so much weaker than Kanaeva that Kanaeva would allow herself some inaccuracies. “

Dasha won another gold medal together with Evgenia Kanaeva, Daria Dmitrieva and Yana Lukonina in the team all-around. The gymnast won the silver medal in the individual all-around exercise with a hoop and ribbon. In addition, the athlete was awarded the prize  “For Elegance”  from Longines.

In 2011, at the World Championships in Montpellier, Daria won 5 silver medals in the individual championship and gold in the team event.

Daria Kondakova missed the London 2012 Olympics due to recurrent knee injury. And soon after that she decided to end her sports career. 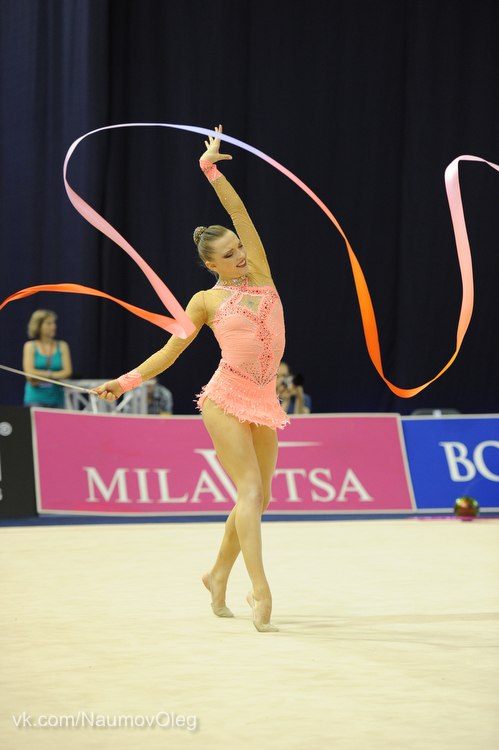